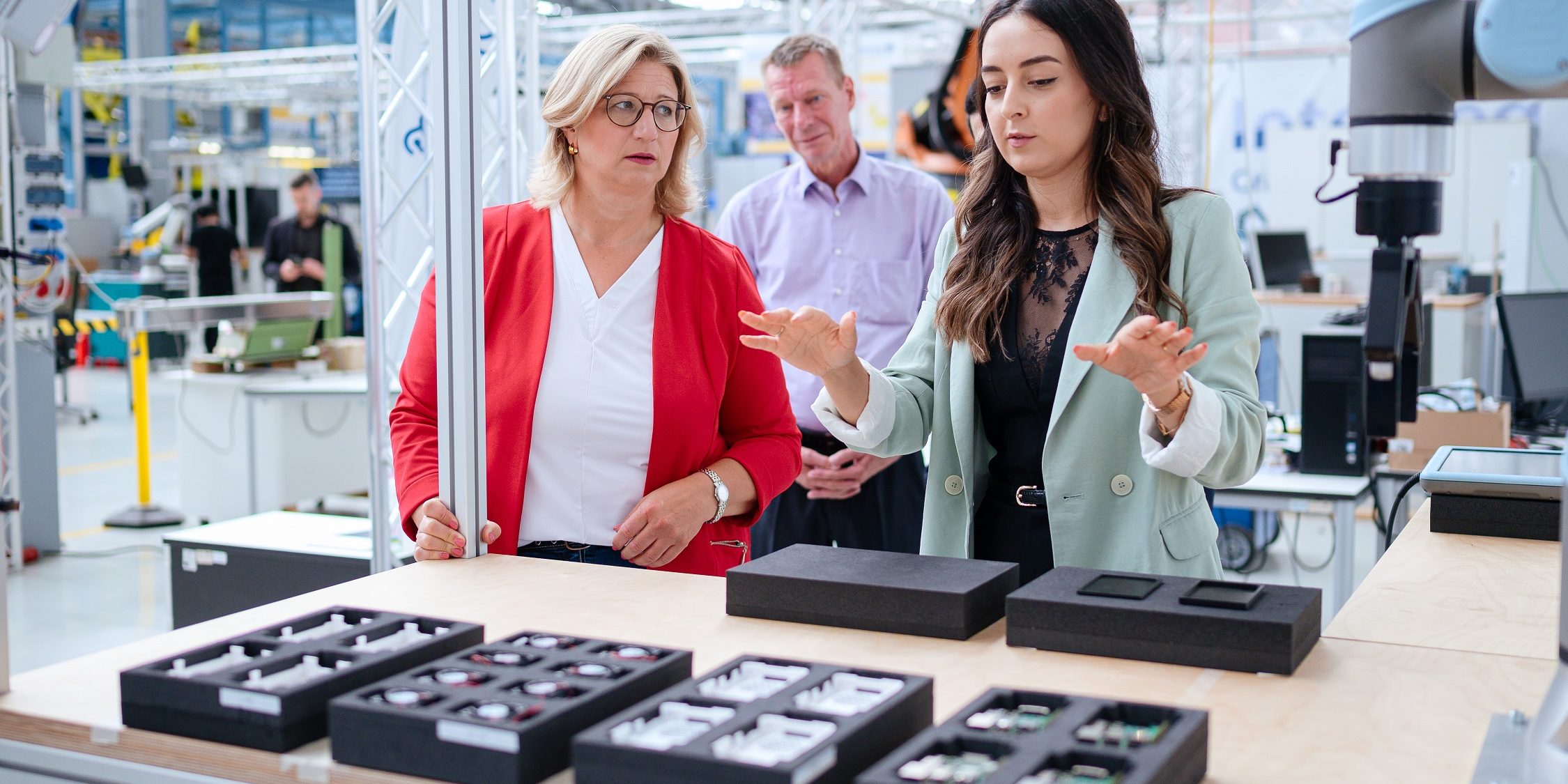 As part of her two-week Summer Tour 2022, Minister President Anke Rehlinger also visited ZeMA on July 27 to see the successful Interreg project Robotix-Academy. The Robotix-Academy is considered a lighthouse project and a good example of successful cross-border cooperation in the Greater Region.

After the long months of Corona-related restrictions, the Minister President was pleased to finally come into personal contact with the Saarlanders again. Dr.-Ing. Ali Kanso, project manager of the Academy, drew an extremely positive balance of the project, which was completed at the end of June: In more than six years, more than 430 events were held and a good 44,000 participants were reached.

The range of events extends from lectures, conferences and summer schools to roadshows and workshops for anyone interested in the topic of robotics. Minister President Anke Rehlinger spoke with Dr.-Ing. Ali Kanso about topics including how to get young people excited about research and what prospects there are for further cross-border research collaborations. 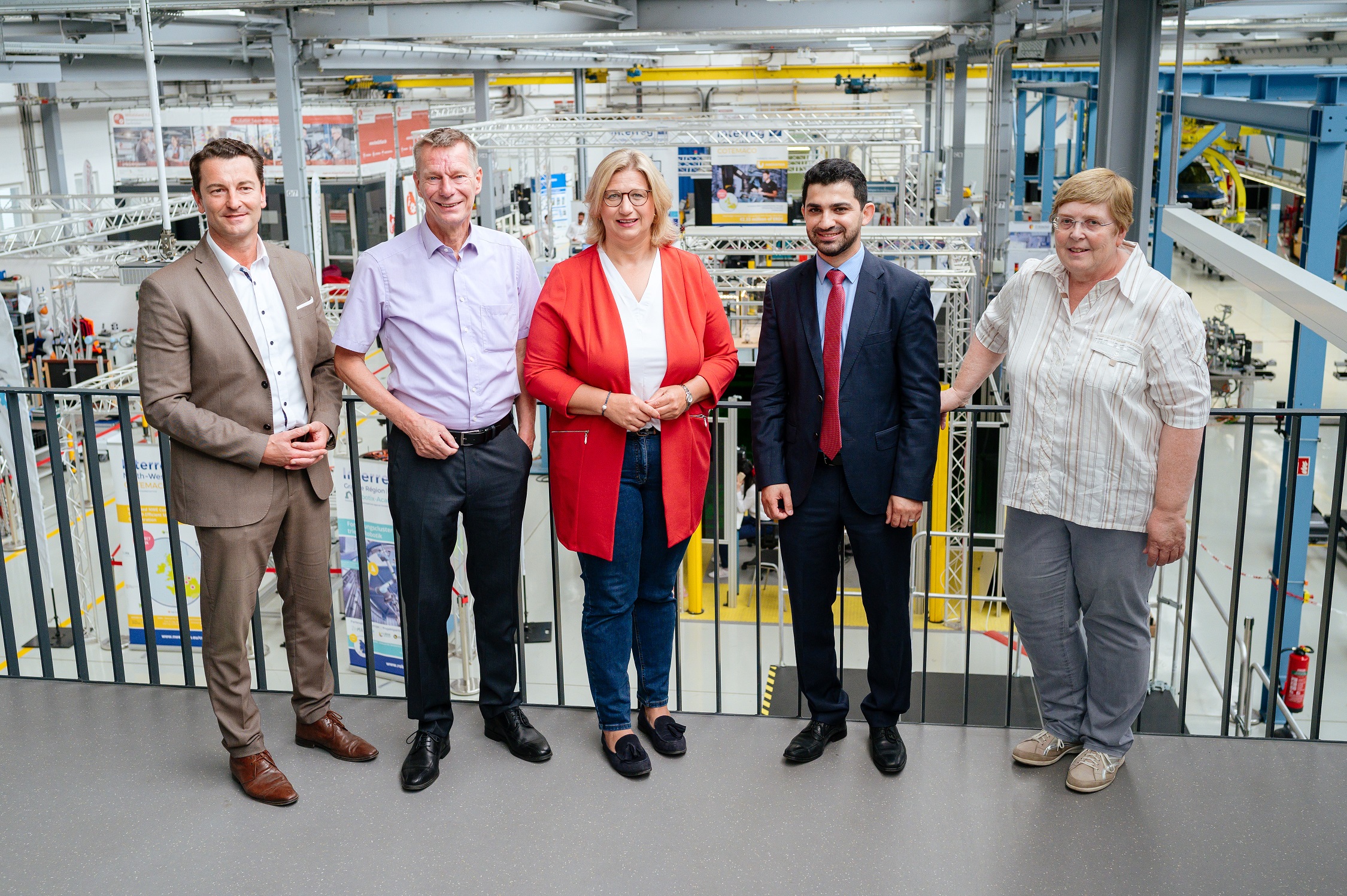