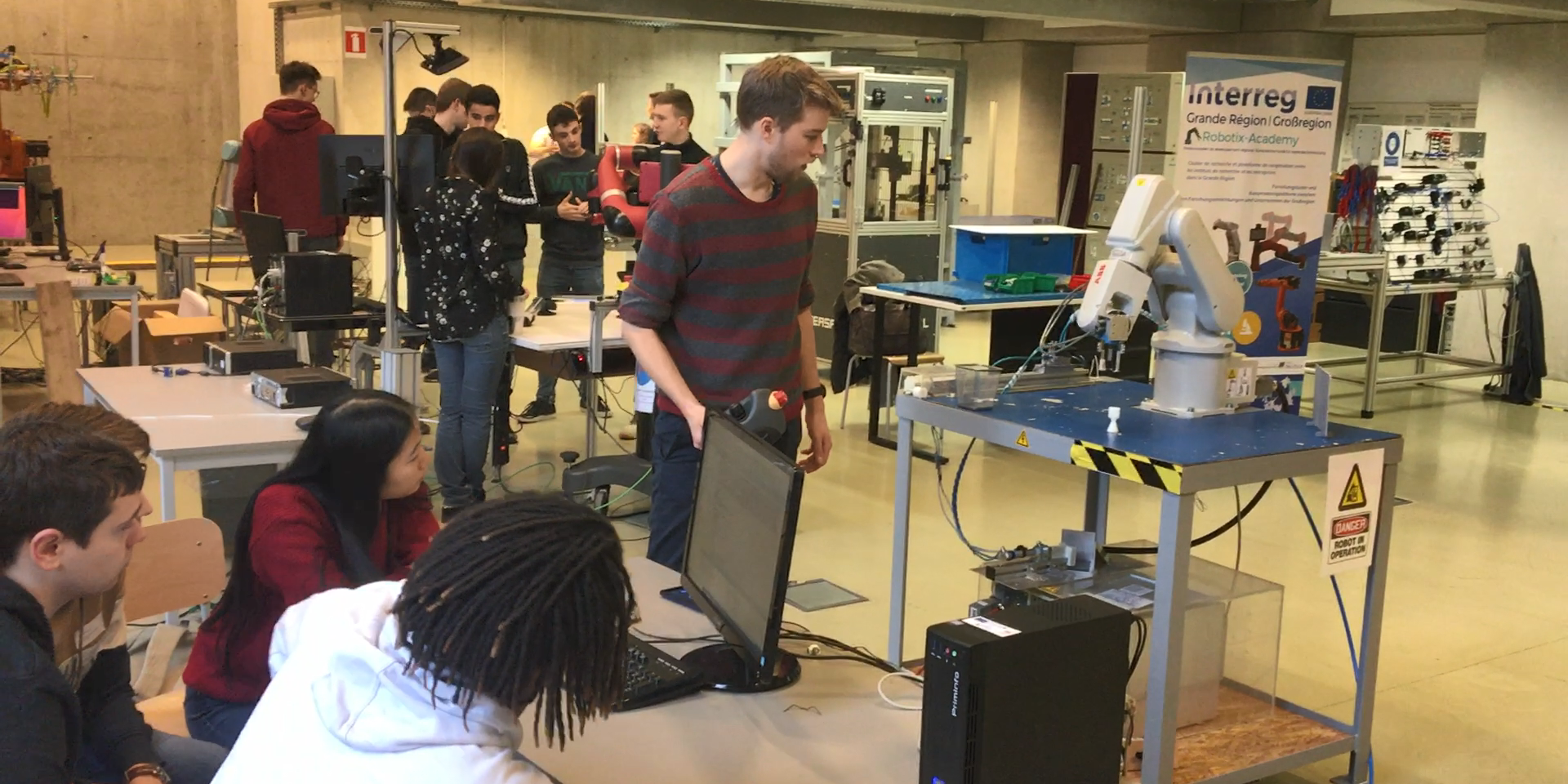 On January 28, three dozen senior high school students from across the region visited the University of Liège to participate in two-hour workshops offered by each of the university’s departments and laboratories.
For its part, the Robotics and Automation Laboratory organized a workshop where the young people were given a 15-minute presentation to learn about engineering careers and studies, followed by a small “competition” in robot programming.
The students were divided into four teams and had to program different robots (Kuka, ABB, UR and Sawyer). They were then able to follow the evolution of programming techniques, from the early days to the very modern ones that are still in the research stage.
This exercise was offered twice for a total of 36 students. Some were able to discover robotics in general, while others saw their decision to study engineering confirmed.