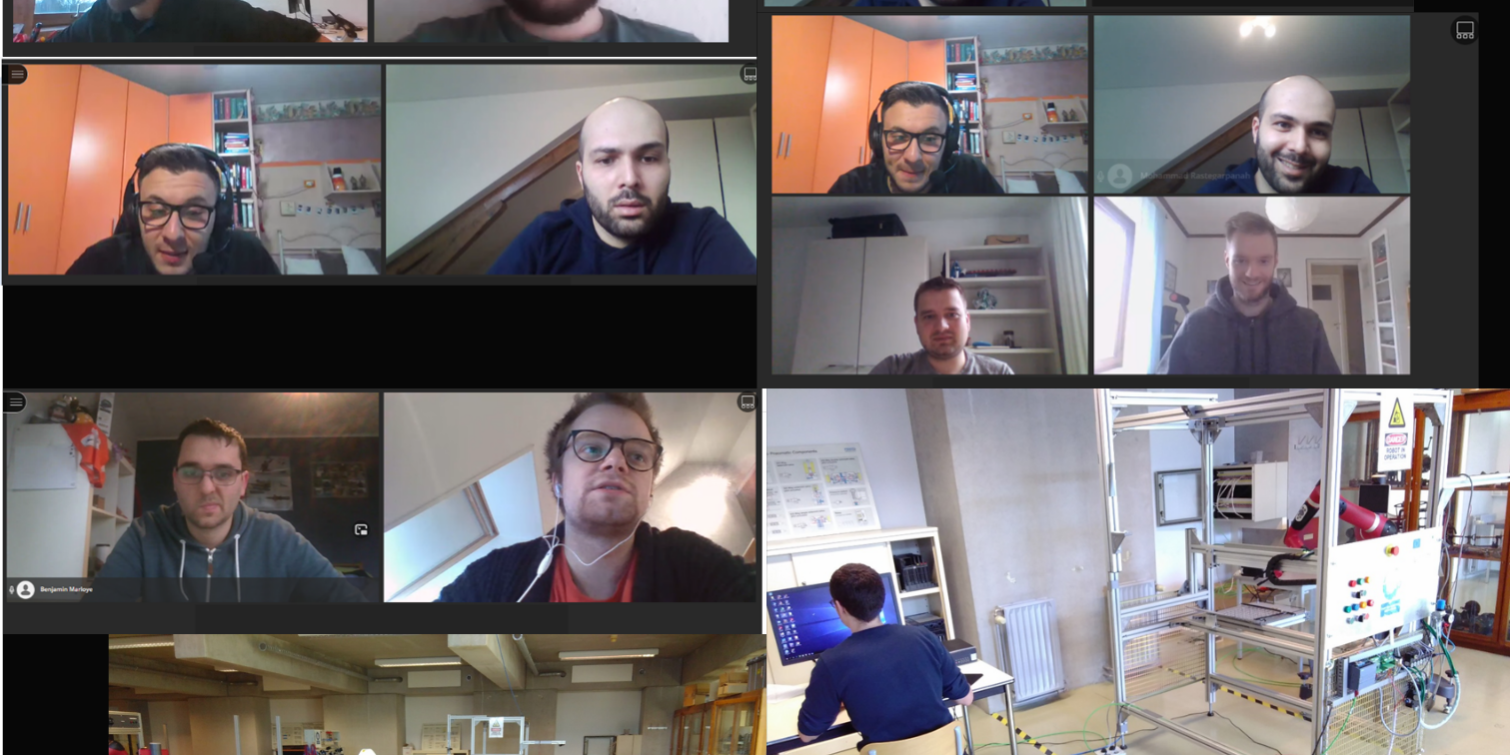 Like every year, the Robotix-Academy week of lecture took place at the beginning of the year, from February 1 to 5, 2021. This event was organized by the University of Liege, online, because of the sanitary conditions. Despite this constraint, this week went very well. The lectures and exercises could easily be followed through screens. The exercises required software that could be installed for free by the students on their personal computers or an online version could be used.

The practical aspect of the projects was kept, among other things, by the remote control of computers and by webcams allowing to see the robots performing the tasks. We were also able to offer presentations from two major players in the robotics market: ABB and Kuka, who presented their latest innovations. ABB presented, for example, new block programming modules in the RobotStudio programming software. Kuka presented the latest improvements on their iiwa robot. Only the networking part was reduced by the conditions. Only the projects, always done in groups, allowed an exchange between the students.