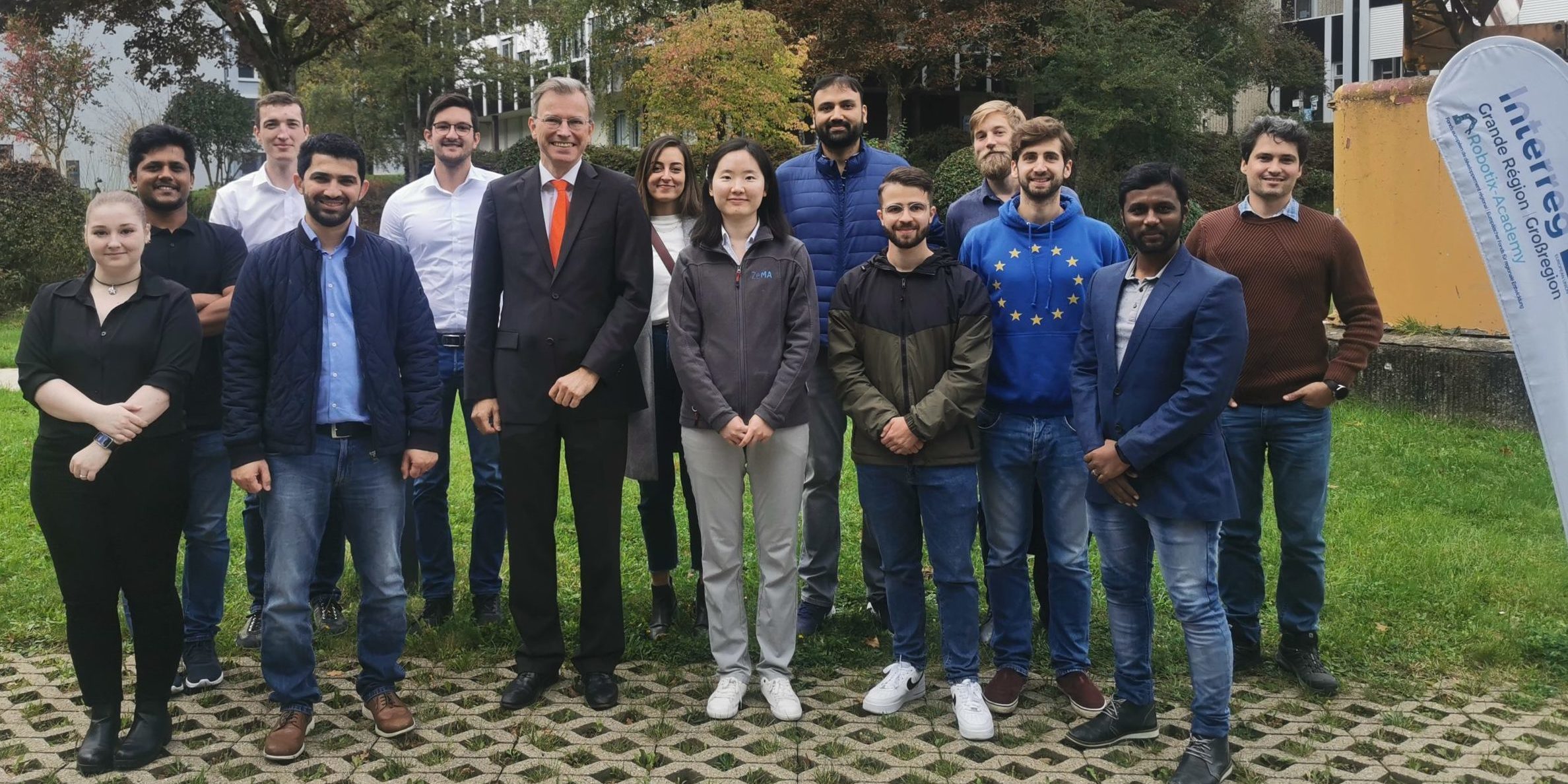 The 5th Robotix-Academy Summer School was organized by University of Luxembourg on the 7th and 8th of October 2021. The event took place at Campus Kirchberg where participants from the consortium attended the event in-person.

The first session of the summer school following the welcoming of the participants was handled by Prof. Peter Plapper on the topic of improving the writing and presentation skills of researchers. The interactive session helped in informing the participants about the basic structure of scientific communication and how to present and disseminate their results in an effective way. This was a non-technical session with an aim of helping the researchers to improve their personal communication skills.

Following this, the first technical session took place in the afternoon and was handled by the members from Zema. The title of the session was “Setup a MQTT API for KUKA sunrise controller”. This workshop helped the participants in knowing the technical steps behind setting up a MQTT API for the KUKA sunrise controller during which they were able to interact with the robot to perform simple movement operation. This demonstration was shown on a KUKA IIWA robot brought to the campus by Zema. The second session titled “Teach-in of components for part detection in the context of bin picking” demonstrated the use of AI and ML algorithms used for part detection in the context of bin picking. The participants were given a demonstration and hands on training on installing various scientific packages related to these algorithms. The day ended with a social event where the participants were invited for a dinner at a restaurant to provide the opportunity to interact with each other and help in improving their networking contacts.

The first session on 8th of October was handled by the members from Birkenfeld on the topic of “Simulate a robot with the Software RoboDK”. During this session, the participants were guided to download the RoboDK software and simulate a robot to perform simple operations. This exposure helped them in adding one more software in their knowledge skill which they can use for their further works. The final session was handled by Uni. Of Liege on “Moving a Turtlebot using ROS2”. Hands-on training was given to the participants to move the mobile robot avoiding some obstacles placed in the scenario.

Overall, the summer school was conducted successfully with the participation of researchers from the consortium in person.