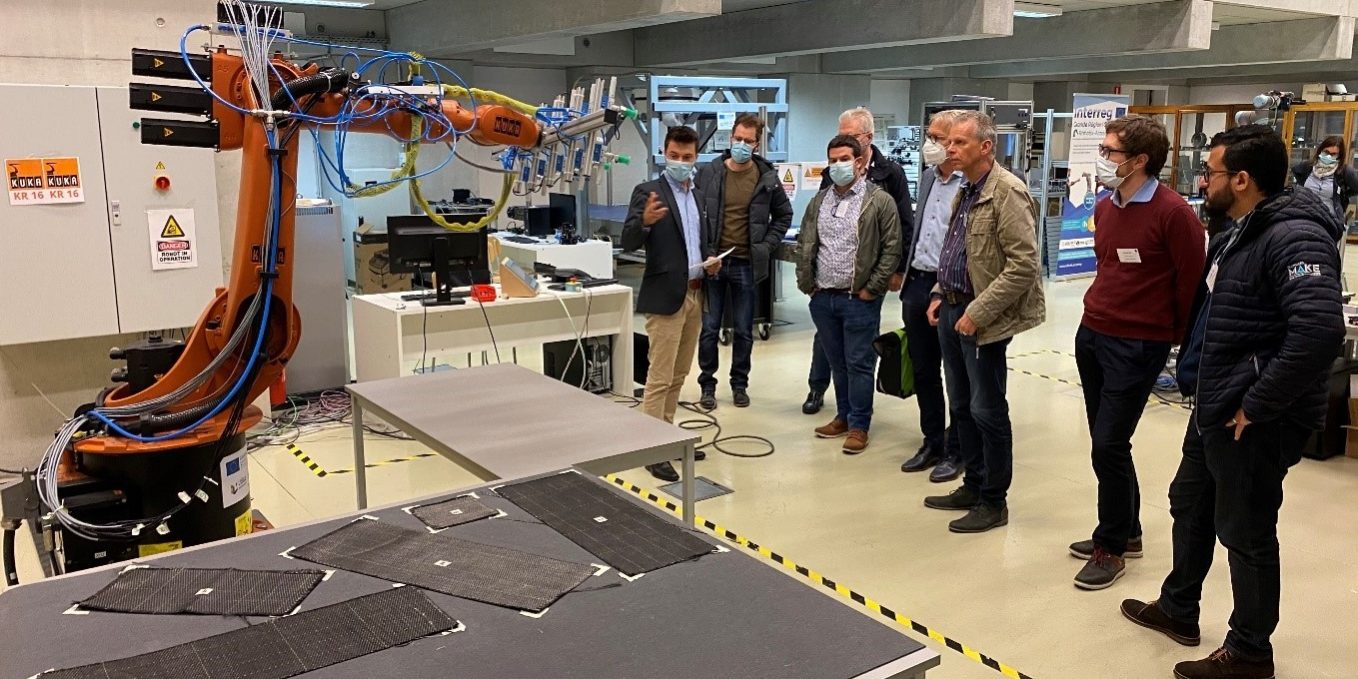 The Interreg project AACOMA, working on automatic fabric handling issues for composite materials, organized a roadshow in Liege on October 20, 2021. The laboratory of robotics and automation of the University of Liege presented its research work in automatic textile handling, but also, more generally in robotics.

The demonstrations were interactive and allowed exchanges with the public. These exchanges could concern the technical aspect of the demonstration, but could also have a broader scope. We were thus able to exchange on the activities of Robotix Academy with the interested persons.