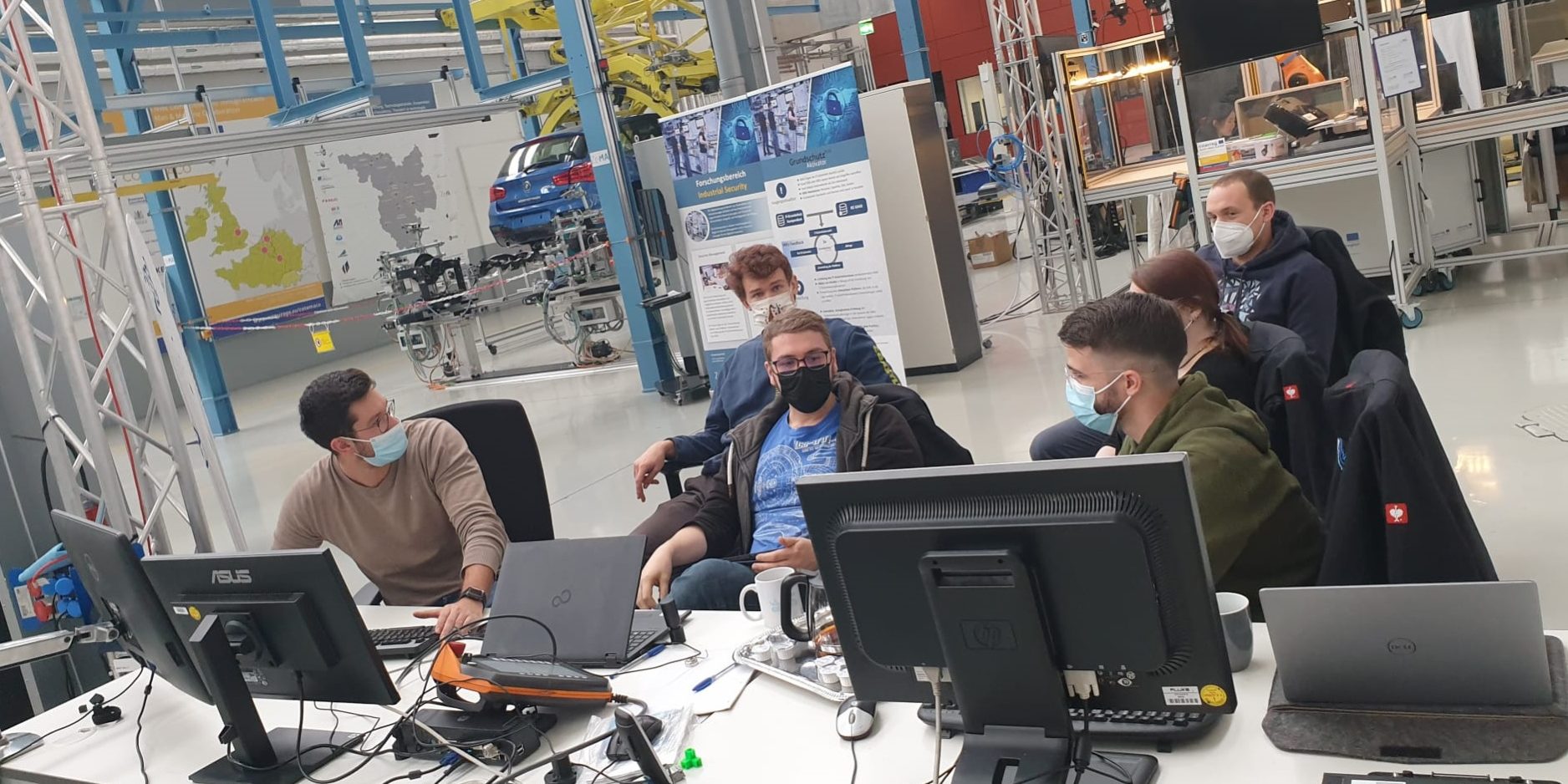 On November 10, the scientific staff of ZeMA organized a KUKA workshop for the project partner Umwelt-Campus Birkenfeld (UCB) as part of the Robotix Academy.

Seven scientific staff members as well as student assistants from the UCB came to Saarbrücken to familiarize themselves with the programming and commissioning of the KUKA lbr iiwa. The colleagues in Birkenfeld also have a KUKA iiwa at their research base, but it has a less friendly user interface.

Together, the scientists from both research institutions were able to look over the robot’s programming and clarify any questions they had about it.