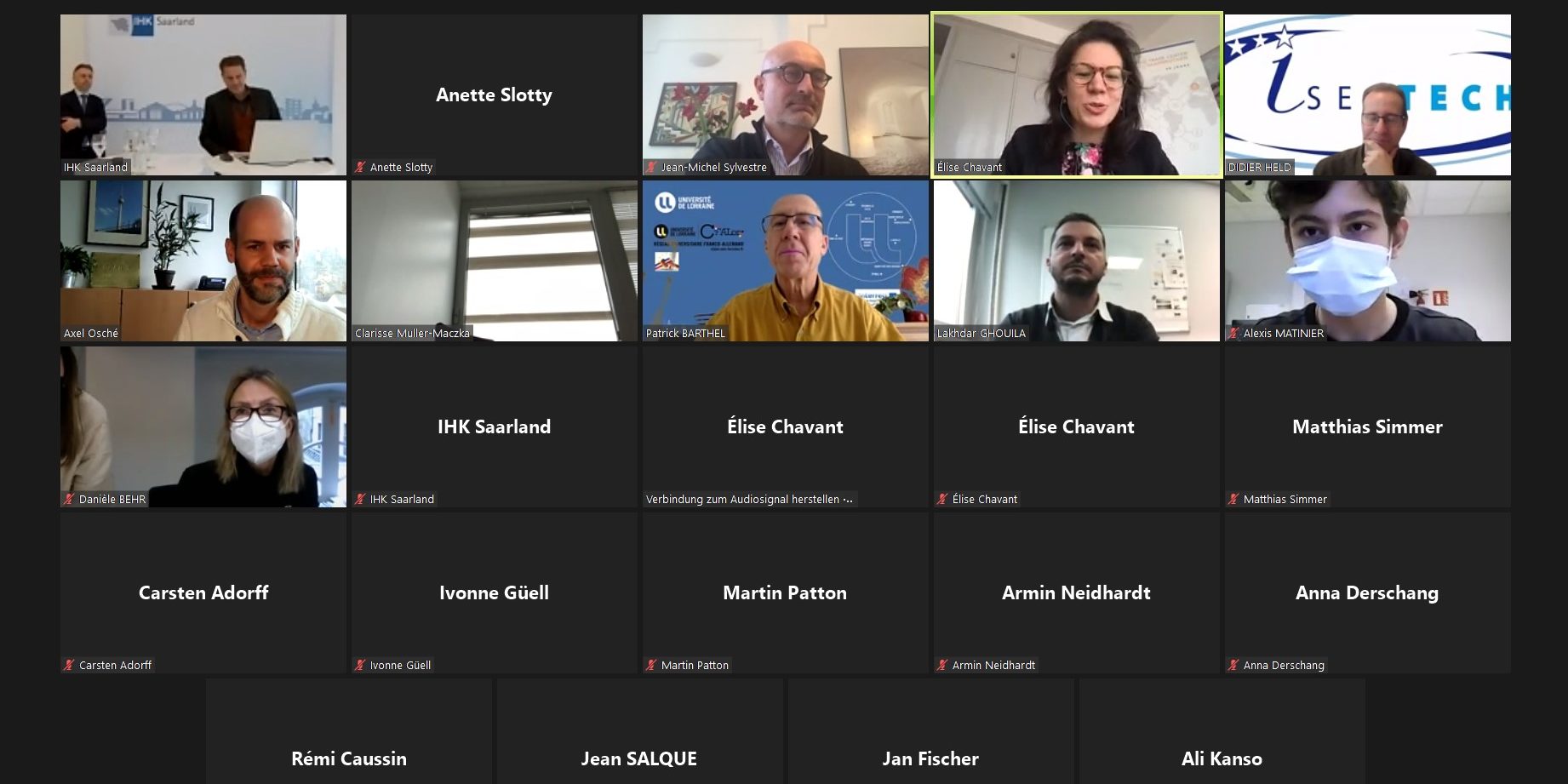 On Friday, November 26, the 43rd German-French Business-Lunch took place in Saarbrücken from 12 to 14 o’clock. Due to the current tense Corona situation, the event had to be held at short notice as an online-only event.

The focus was on the topic of Franco-German cooperation in the cross-border mobility sector. Here, Danièle BEHR from BEHR Consulting gave an overview of the application of electric mobility and hydrogen in the Région Grand Est. Mr. Jean-Michel Sylvestre, founder and CEO of Mob’Hy from Epinal, presented the activities of his company: Mob’Hy wants to build a production network in Europe within the framework of projects for the production and distribution of hydrogen.

Last but not least, Nicola SACCÀ, Climate Protection Coordinator of the State Government of Saarland, Ministry of Economy, Labour, Energy and Transport (MWAEV) presented the hydrogen strategy of Saarland with reference to the German-French cooperations. The participants had the opportunity to exchange ideas with experts, to expand their network or to establish new business contacts.