Pupils’ workshop at the Johannes Kepler Grammar School in Lebach 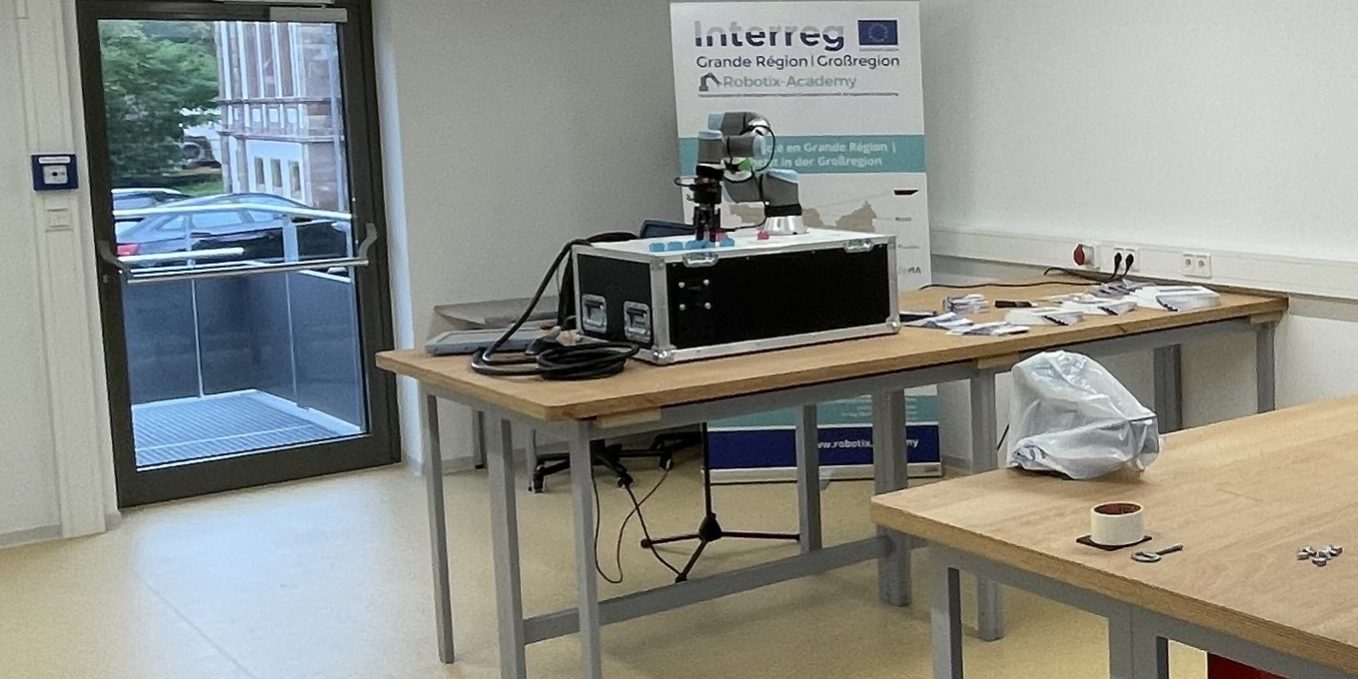 On January 22, a student workshop on robotics took place at the Johannes Kepler Gymnasium in Lebach. At the school’s request, a ZeMA researcher was on site to give the students an insight into HRC-capable robot systems as part of the Robotix Academy and thus get them excited about the topic of technology.

The workshop was organized as part of an “orientation day”/open day for the pupils of grade 4: This gave them the opportunity to get a taste of various fields of study and to orient themselves, which may well be helpful to them when they later transfer to a secondary school.

Using a simple application, the students were able to get an idea of how human-robot collaboration (HRC) works: A UR3 robot with a tic-tac-toe game excited the students and aroused their ambition to win against the robot. In addition, they learned interesting facts about robotics and the tasks of an engineer.

The robotics working group (AG) was pleased about the large number of young researchers and their great interest: Almost 70 schoolchildren took part in the Robotix Academy on this Saturday morning.