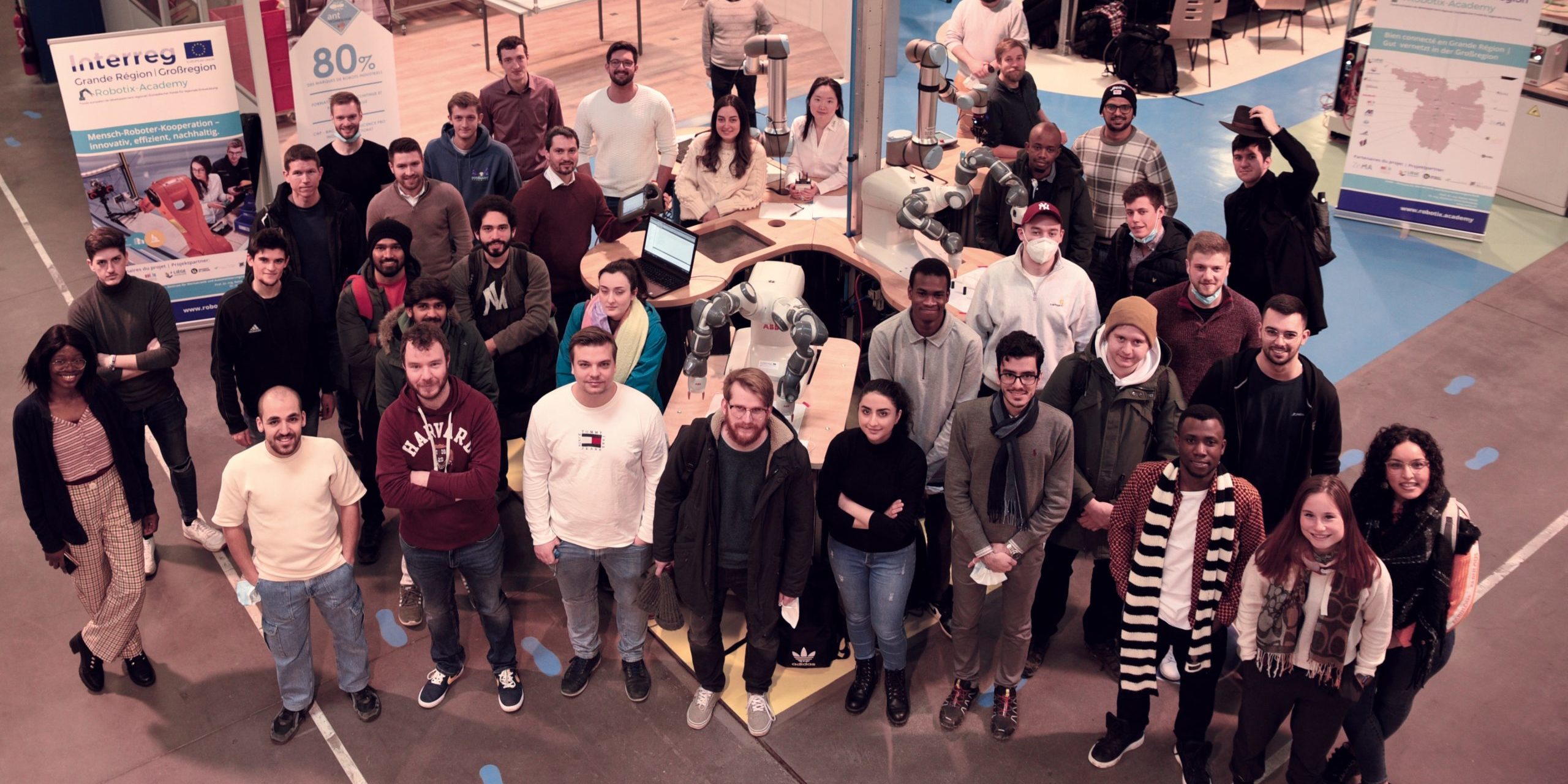 For the eighth time, the cross-border Robotix Lecture took place from February 07 to 11 as part of the Robotix Academy. This five-day block seminar, organized this year by the University of Metz, was attended by more than 30 master students, 4 professors and nearly a dozen assistants from each of the partner universities in the Greater Region: Université de Lorraine (France), Université de Liège (Belgium), ZeMA Saarbrücken (Germany) and the University of Luxembourg.

The program included a variety of presentations, lectures and exercises (simulation programs for robots and robot control and programming) on the topic of industrial robotics. In addition, the students gained hands-on programming experience on several robots such as ABB, UR and Sawyer. In one project, students were able to program gesture control using a camera system.

In particular, the numerous hands-on projects were met with great enthusiasm by the students: they were able to discover a wide range of software and hardware from a variety of perspectives and actively participate in the event. A team-building event also gave the participants the opportunity to get into conversation beyond the technical framework.

Here, the scientific staff of ENIM (Université de Metz) had organized an evening at the Centre Prompidou-Metz. As a center for modern and contemporary art, the Centre Pompidou-Metz presents changing exhibitions as well as an extensive cultural program with numerous events in the areas of dance, music, film and lectures.

The Robotix-Akademy was established as a cross-border research cluster for industrial robotics within the framework of the Interreg V A Greater Region program. The aim is to create synergies in teaching and research with the universities of the Greater Region. This year, the cross-border block lecture was again organized within the framework of the Interreg project Robotix-Academy and with the support of UniGR.