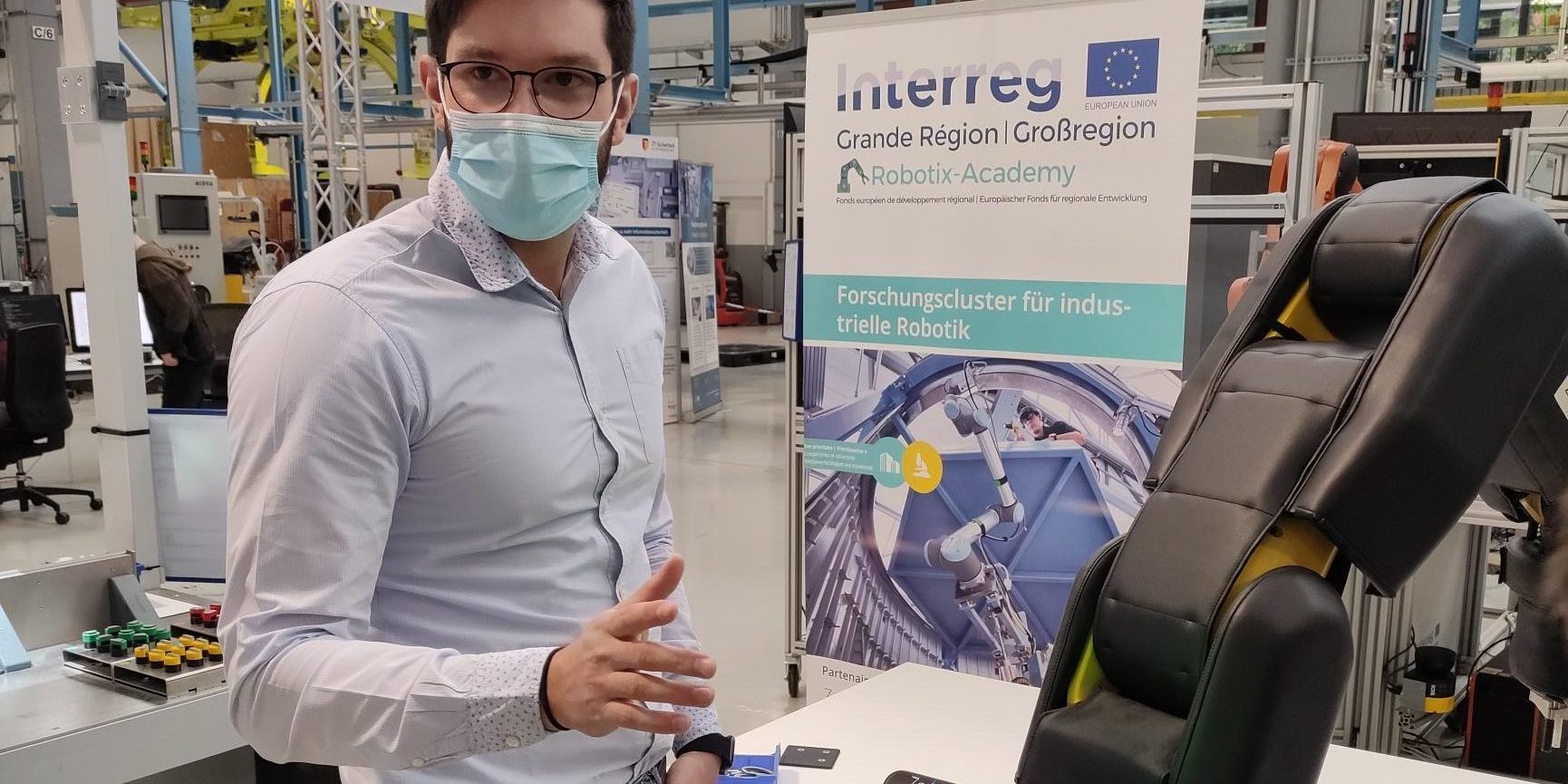 On February 18, five scientific collaborators from the Umwelt-Campus Birkenfeld (UCB) came to ZeMA in Saarbrücken for an APAS training session as part of the Robotix Academy scientific exchange program.

Marco Schneider, scientific assistant at ZeMA, shows his colleagues from Birkenfeld how to handle the Bosch APAS robot and which special features they have to pay attention to. The practical workshop was organized by ZeMA at the request of the project partner from Birkenfeld.

The UCB recently acquired a Bosch APAS robot itself as part of the Robotix Academy. This will be used for knowledge transfer in the individual project actions of the Academy and far beyond the project.