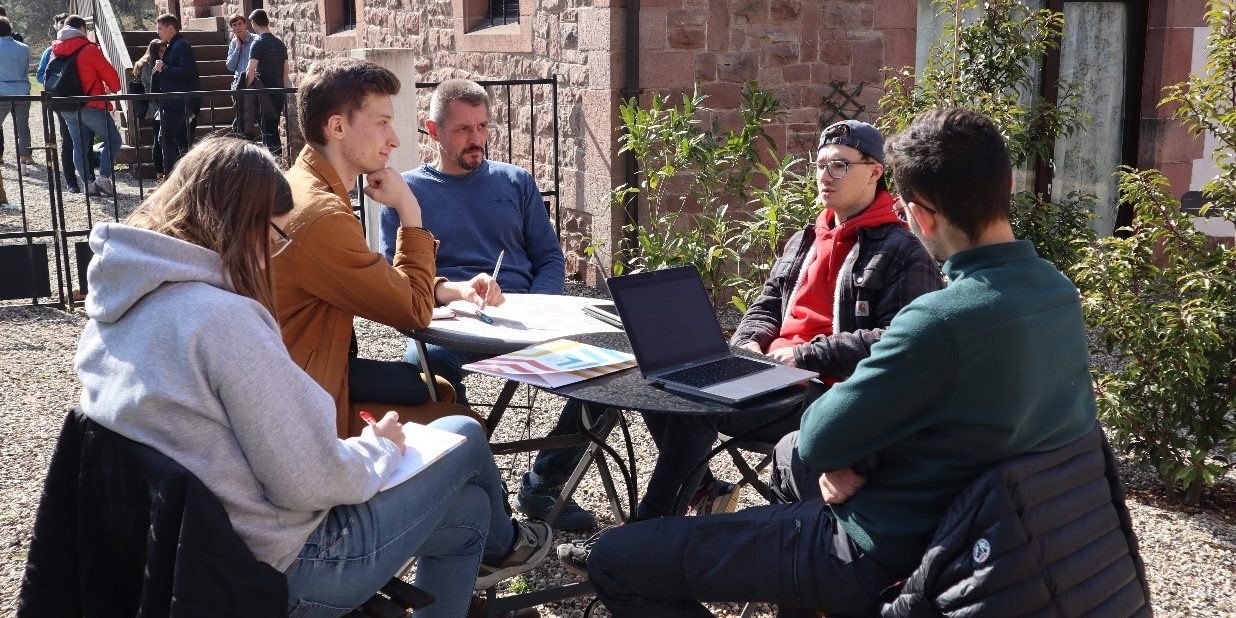 The trinational student competition in mechatronics – Trinatronics – is going into the next round, again with the participation of the Umwelt-Campus Birkenfeld.

On March 19 and 20, the 50 participants met in the Vosges Mountains for a first joint event, which also included three students and three supervisors from the Umwelt-Campus Birkenfeld and project partners of the Robotix-Academy.

The Trinatronics mechatronics competition is funded by INTERREG Upper Rhine in the MINT-Ing project and is aimed at students from Germany, France and Switzerland to work together in a multilingual team to develop a project relevant to society and the economy.

The teams are each composed of students from at least two different universities, from two different countries, and are supervised by professors. They have approximately two months to develop an autonomous mechatronic system. Each team has a budget of 1200 euros for material costs.

The highlight of the competition will be the final weekend on May 28 and 29, 2022, with an awards ceremony at Europapark. There, the teams will present their projects to a tri-national jury of representatives from TriRhenaTech universities and industry.

The Trinatronics competition is a measure in the INTERREG project MINT-Ing and it is co-financed by the TriRhenaTech universities and the European Regional Development Fund (ERDF).