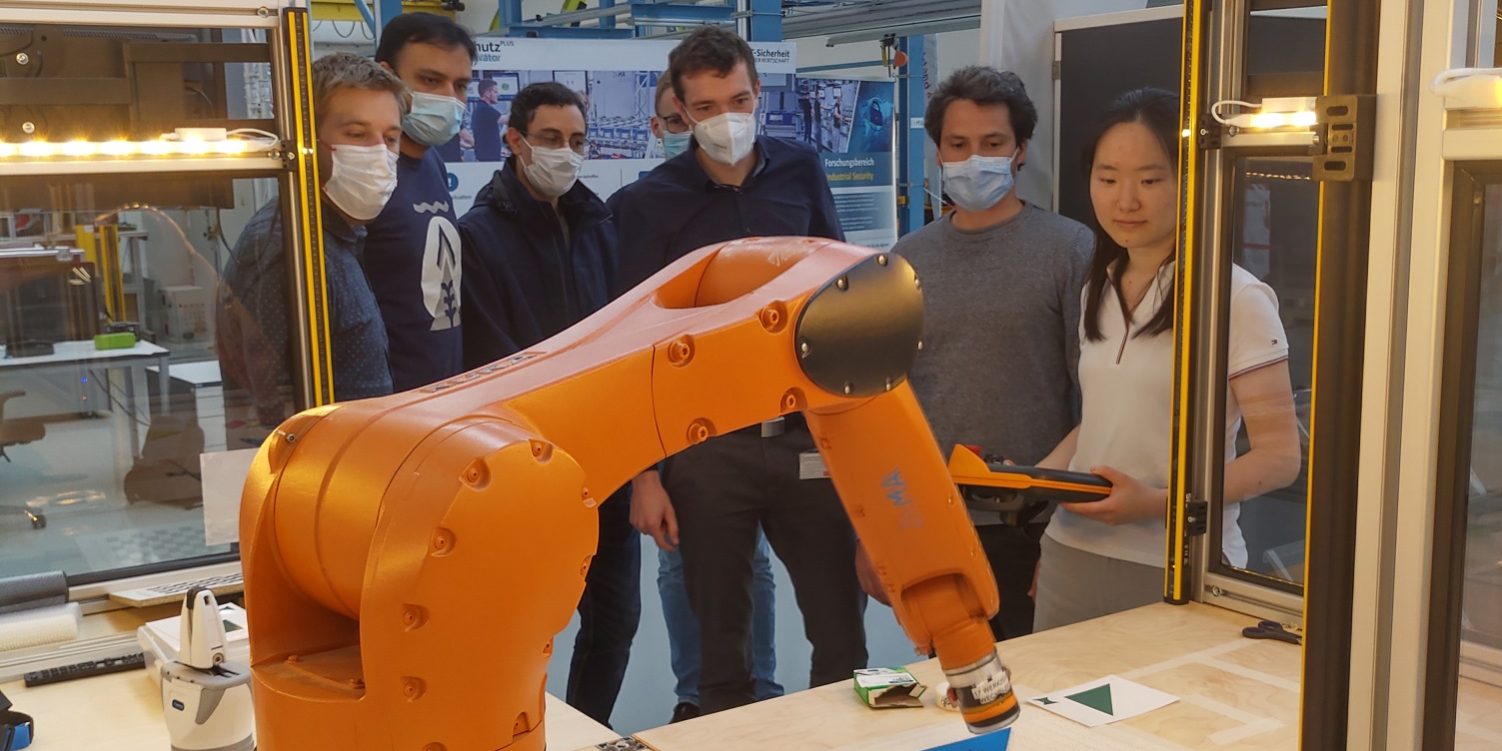 The sixth Robotix-Academy Summer School took place this year on April 28 at ZeMA in Saarbrücken. Half a dozen participants from the partner bases in Liège and Luxembourg met on site to work together on issues related to robotics and to learn from each other.

Three workshops were offered during the all-day event: First, Dr. Atal Anil Kumar, Postdoctoral Researcher at the University of Luxembourg, gave an introduction to Peter Corke’s Robotics Toolbox in Matlab.

In the second workshop, Xiaomei Xu, PhD student at ZeMA, presented her research on intelligent assembly planning for components with a robot based on Artificial Intelligence using the Tangram game and LEGO assemblies as examples.

The last workshop was an introduction to the Sawyer robot by Robin Pellois, PhD student at the University of Liège. This was about programming the robot via a browser interface and via ROS (Robot Operating System).

The last Robotix-Academy Summer School within the project period (2016-2022) was also a benefit for the scientific staff: research questions could be raised again and corresponding solution approaches could be discussed. The goal of the Academy is to continue the scientific exchange in the Greater Region beyond the project.