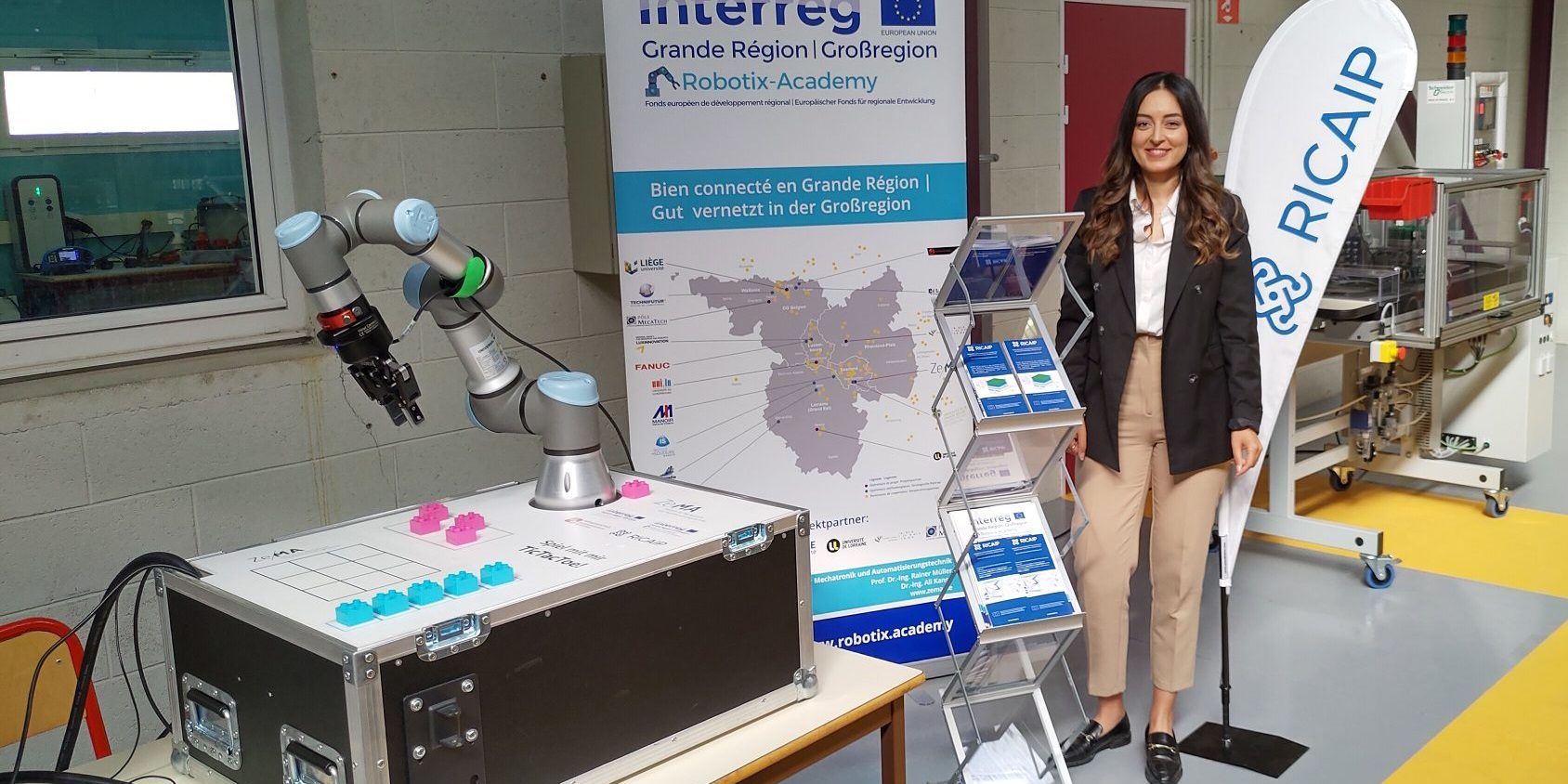 On May 24, the inauguration of a state-of-the-art training workshop was celebrated at the Afpa training center in St. Avold (France). Here, Afpa – Agence nationale pour la formation professionnelle des adultes / National Agency for Adult Vocational Training – trains employees for production and maintenance. The new training rooms could be realized within the framework of the INTERREG V A Greater Region project “DigiMob Industrie 4.0”, in which ZeMA is also an associated partner.

Almost 200 visitors from all over the Greater Region came to the opening of the training workshop in St. Avold, among them numerous companies, partners and stakeholders of the project “DigiMob Industrie 4.0”. ZeMA was also represented with a booth and was able to present the Robotix Academy.

The program included numerous guided tours through the didactic technology offerings of the training workshop 4.0, such as virtual reality, additive manufacturing, welding robots or working with cobots. In addition, there was a live streaming event in the form of a round table where Afpa and its partners discussed the topics of Industry 4.0 and its impact on professions in industry.