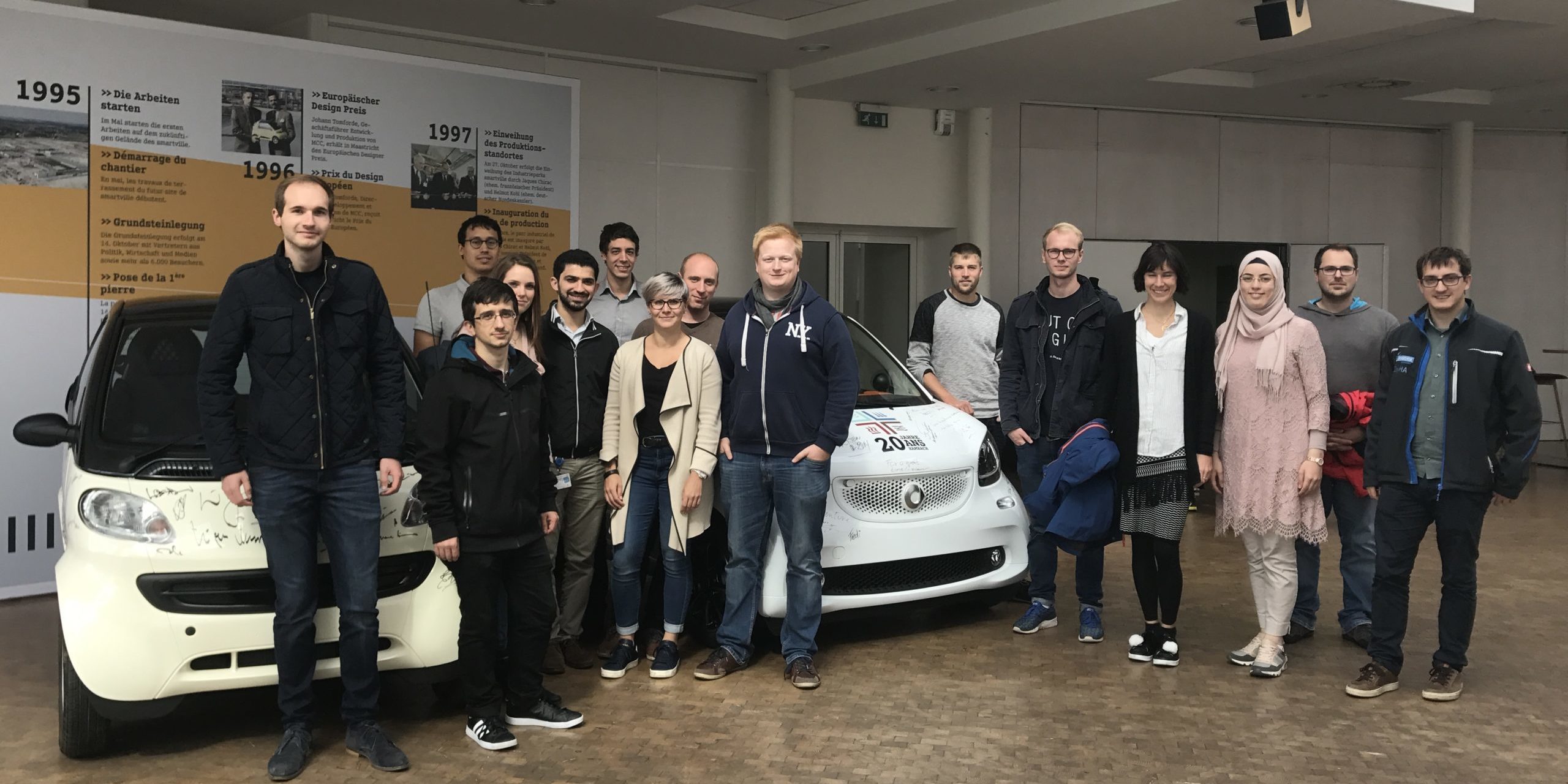 From September 12 to 14, 2017, the first Robotix-Academy Summer School took place at ZeMA in Saarbrücken.

Scientific staff from all partner universities of the Robotix-Academy came together to learn from each other in different workshops. The three workshop days started with a pitch of each workshop speaker. The main focus was to explain to the other participants what to expect within one to two minutes.

In the first workshop, participants were given a presentation of the Bosch APAS assistant by Ali Kanso (ZeMA). In a practical part, the participants were able to implement the theoretically learned basics on the robot by means of a task. Jean Denoël from the project partner Pôle MécaTech then gave the participants an insight into the structure and work of the cluster and a new Industry 4.0 project. In the evening, a teambuilding event took place and afterwards all participants could let off steam and show their team spirit during an hour of bubble soccer.

On the second day, Miriam Drieß (ZeMA) started with an introduction to the certification of a cobot. As part of the risk analysis, the topic of “force and pressure limits in collisions between humans and robots” was looked at in more detail. A specially designed measuring device was used in a practical exercise to illustrate the measurement and analysis of such limit values. Robin Pellois and Arthur Lismonde (University of Liège) then took over with a workshop on ROS (robot operating system). After a short presentation of their Saywer robot, the participants learned under the guidance of Pellois/Lismonde how to control the robot via ROS.

The last workshop was held on the third day by Sebastian Groß, Jan Jungbluth and Thomas Bartscherer on the topic of human-robot interaction. The goal was to establish communication via PC with a Universal Robot. At the end of the three workshop days, the participants went to Smartville in Hambach. In a factory tour, the participants learned about the production of a Smart for two.

In addition to the exchange between the employees, the Summer School was also the dress rehearsal for future offers for the industry. The aim is also to transfer the content developed to companies in the greater region.