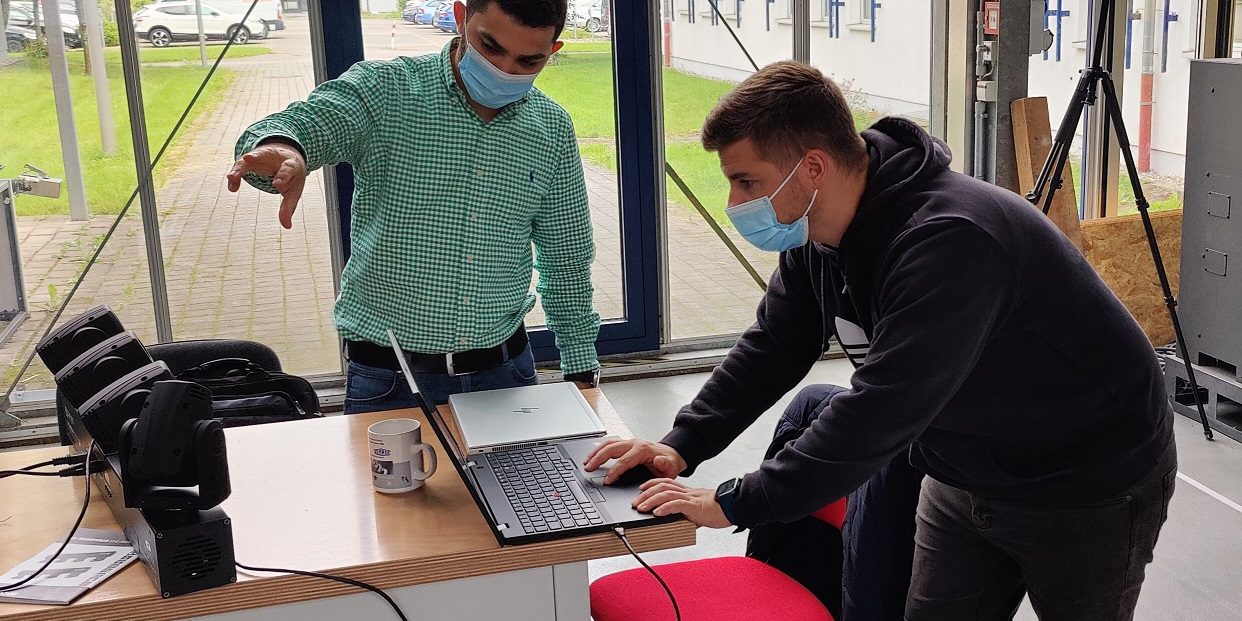 On August 04, a workshop on the handling of a laser tracker was held at the Environmental Campus Birkenfeld (UCB). The aim was to identify the accuracy characteristics of the Yaskawa Motoman Dual Arm robot. The workshop was designed and conducted by Dr.-Ing. Ali Kanso, research associate at ZeMA and project leader of the Robotix-Academy.

The Robotix project partner Umwelt-Campus Birkenfeld wanted to determine the robot’s accuracy specifications, but did not have the relevant measurement technology to do so. For this reason, a laser tracker and a fabricated robot tool (owned by ZeMA) were taken to Birkenfeld and a workshop was held for this purpose.