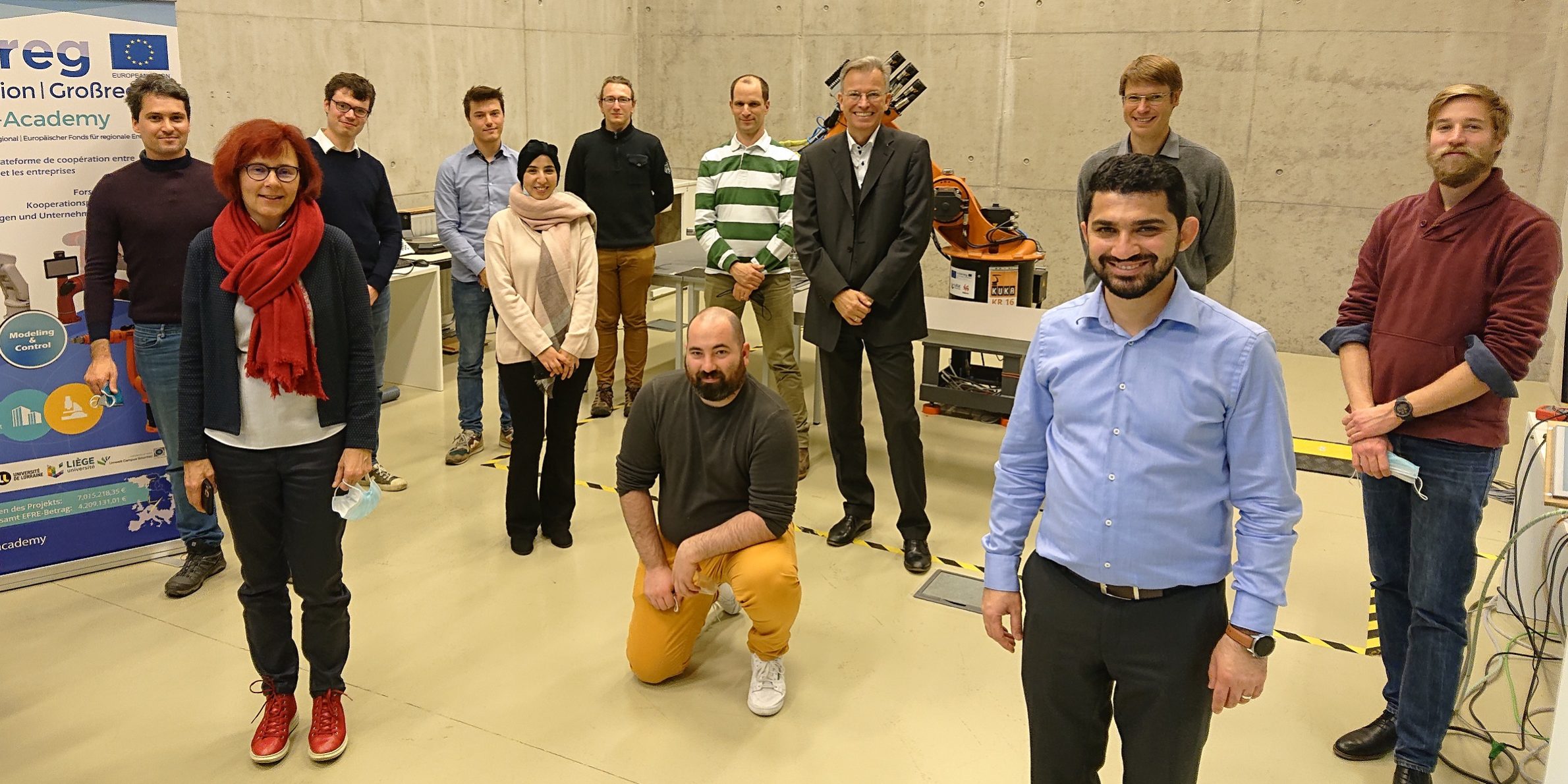 On 18 November, the second annual evaluation meeting Robotix-Academy project consortium took place. The meeting was organised by our project partner University of Liège, Belgium. For the first time, the meeting could again take place as an on-site event, although the pandemic situation is somewhat tense again towards the end of the year.

The progress of the project so far was evaluated and the topics and responsibilities for the next year were set in order to further consolidate the cross-border research cluster in the field of industrial robotics and human-robot cooperation (HRC) together. Despite the Covid 19 crisis, the Academy was able to realise a number of events in 2021 and thus continue to implement its project actions.

The new topics as well as the new target group of pupils (from grade 10), which the Robotix Academy would like to address as part of its project extension up to and including June 2022, could also be worked on well. In particular, the concept for the student workshops could be implemented in 2021 and played at several schools in Saarland and Rhineland-Palatinate.

We are pleased with our project partners from the Greater Region – the universities from Belgium, Luxembourg, Lorraine and Saarland/Rhineland-Palatinate – that we were able to pursue our project goals despite the restrictions caused by the Corona pandemic. We remain optimistic and hope that we will meet more often in the new year.