Workshop for Pupils in Bad Kreuznach 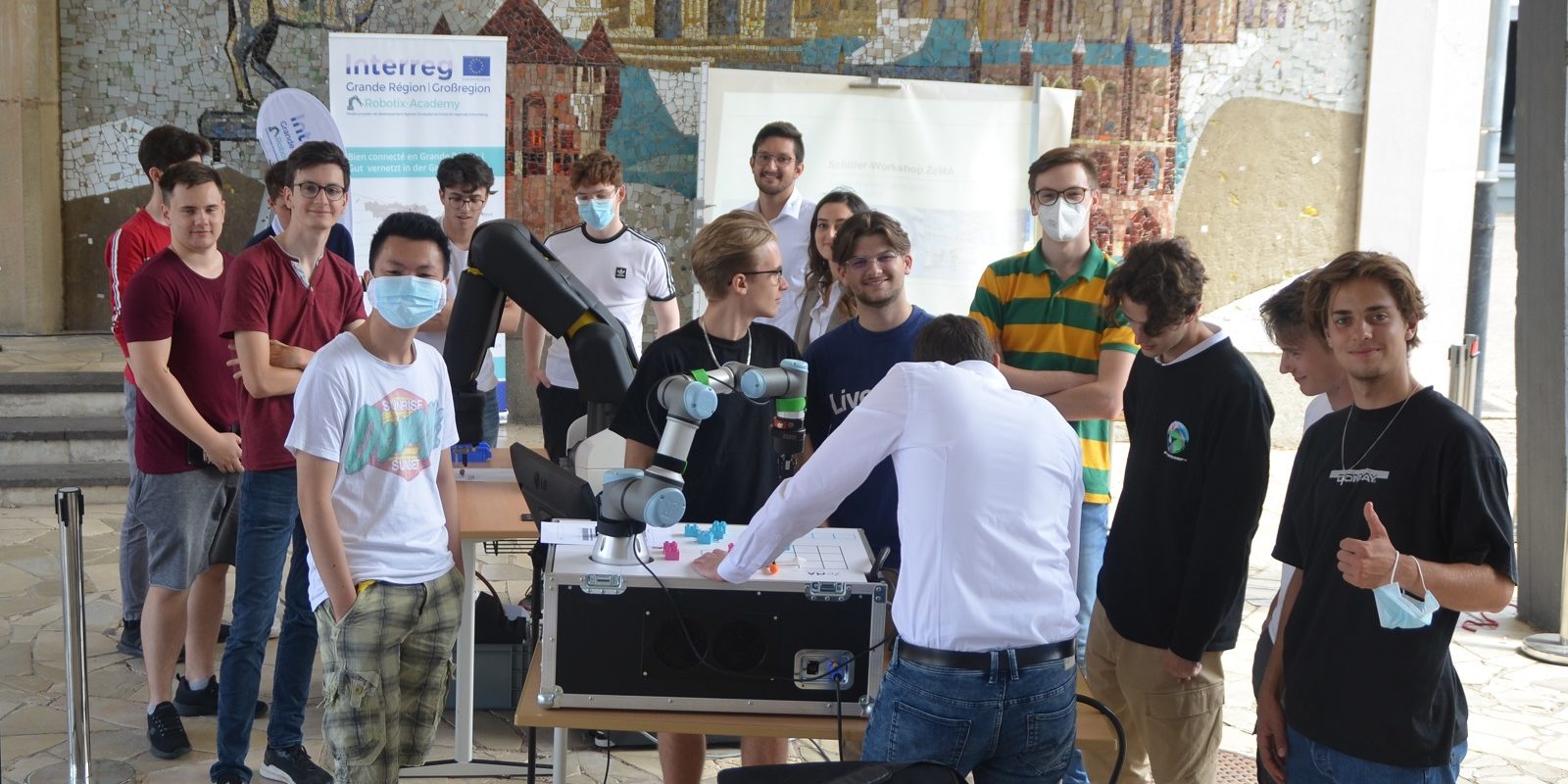 On July 07th, after a long Corona break, a pupils workshop could take place in presence for the first time this year: The workshop was held in Bad Kreuznach where the pupils of the Gymnasium “An der Stadtmauer” had the opportunity to participate in two HRC workshops offered by the Robotix-Academy.

Three scientific members of the Robotix-Academy were invited by the senior teacher Michael Stellpflug to Bad Kreuznach in Rhineland-Palatinate to demonstrate human-robot cooperation (HRC) to the pupils by means of some pick-and-place tasks. In sunny weather, the work tables with the two robots were set up outside in front of the school auditorium.

Present were a UR3 as well as a Bosch APAS robot, on each of which the pupils, with the support of the Academy’s robotics team, were able to configure path planning so that the robotic arm would detect an object, pick it up and place it elsewhere. The workstation with the UR3 robot even invited visitors to play a game of Tic Tac Toe, humans versus robots.

The interest of the pupils – and also teachers – was quite high: The two HRC workshops for the graduation classes were repeated in the afternoon, so that all pupils who wanted to learn more about human-robot cooperation and the work of the Robotix-Academy or about the study possibilities of engineering sciences in the Greater Region were able to attend. During the breaks, several teachers and the younger grades also dropped by.
The contact to Bad Kreuznach came about through the association “MINT Zukunft schaffen!” Last year, the association became aware of the Robotix-Academy’s activities and enabled the Academy to present itself as part of a virtual celebration for the 2020 award-winning MINT schools in Saarland. Like the MINT schools, the Robotix-Academy tries to arouse the interest for technology among the pupils and to win the young researchers of tomorrow.