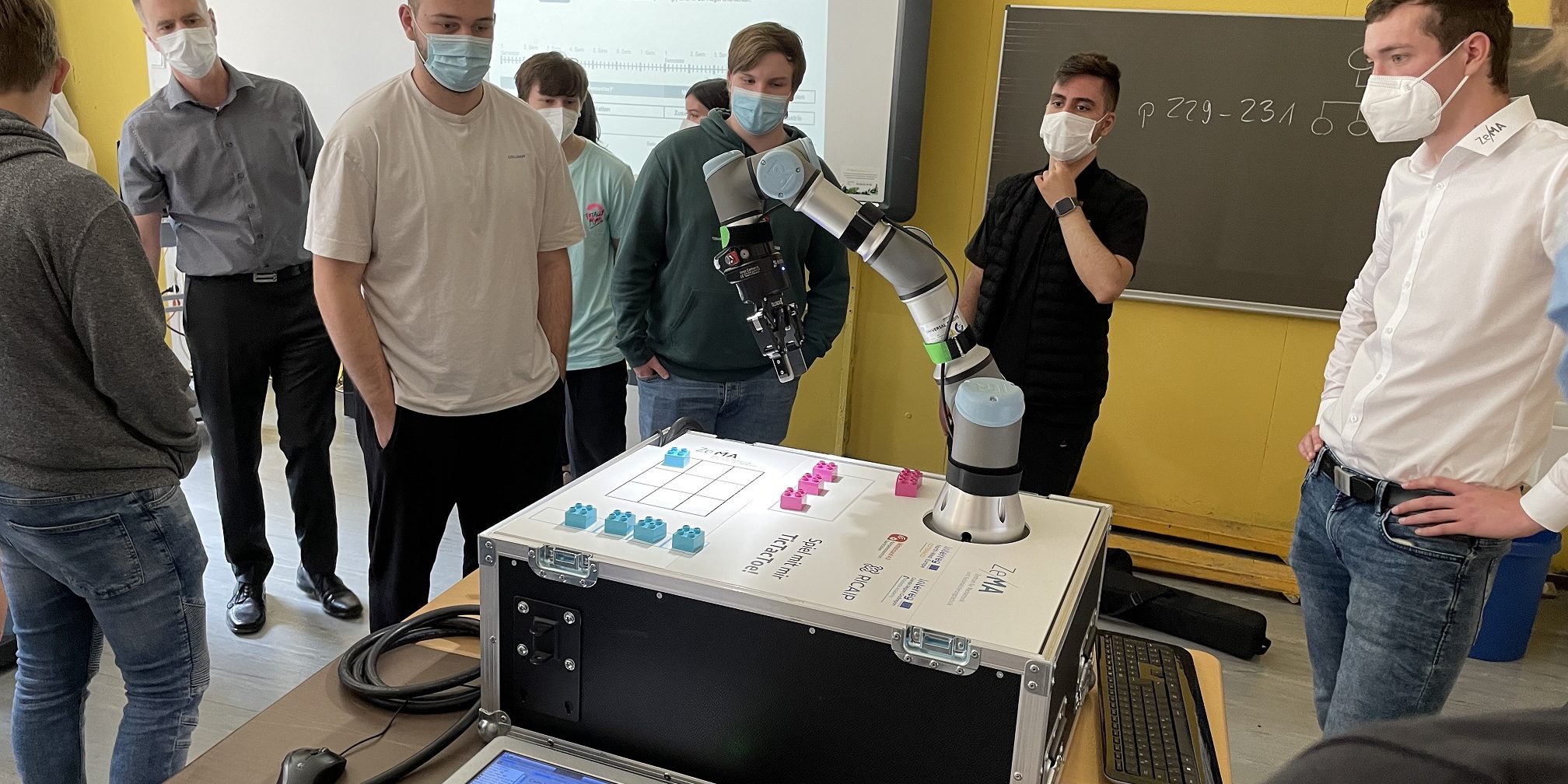 After long weeks of Corona-related online lessons and mostly digital events, a pupils’ workshop in presence could take place again for the first time on July 09: The graduation class pupils of the Max-Planck-Gymnasium (MPG) Saarlouis had the opportunity to participate in a HRC workshop offered by the Robotix-Academy at the school campus.

Invited by Benjamin Brück, teacher of mathematics and physics at the MPG and head of the Pupil Research Center Saarlouis (Schülerforschungszentrums Saarlouis), three scientific staff members of the Robotix-Academy had come to demonstrate human-robot cooperation (HRC) to the pupils by means of some pick-and-place tasks.

They were joined by a UR3 as well as a Bosch APAS robot, each of which allowed the pupils to configure path planning with the support of the Academy’s robotics team, so that the robotic arm would detect an object, pick it up and place it elsewhere. At the workstation with the UR3 robot, there was also a Tic Tac Toe game where the pupils could compete against the robot.

The interest of the pupils – and also teachers – was high, so that the HRC workshop was repeated after the lunch break, so that all pupils who wanted to find out more about human-robot cooperation and the work of the Robotix-Academy, or about the study opportunities in engineering sciences in the Greater Region, could also take part.

The contact to the Max-Planck-Gymnasium Saarlouis came about through Mr. Brück, who has been working as a seconded teacher at the SinnTec pupil laboratory since 2012. SinnTec has its premises at Saarland University and is run by the Chair of Measurement Technology LMT,  Prof. Dr. Andreas Schütze, and the Department of Systems Engineering (Fachrichtung Systems Engineering). Like these initiatives for promoting young talent, the Robotix-Academy also seeks to awaken an interest in technology among pupils and to attract the next generation of researchers of tomorrow.